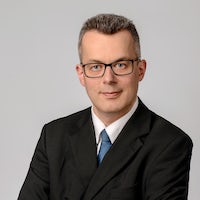 I'm getting older (sic) and one of the symptoms, or rather effect of prolonged sessions in front of computer displays is bad eyesight. I have noticed that for particular activities - especially for working in terminal for mission critical operations - the monospaced font in use matters a lot. The ability to distinguish between 1, l, I and | are important. Not to mention 0 versus O. Also dot and comma should be easy to differentiate, especially in the small font sizes.

Offline, carbon copy storage of secrets is another use-case, where absolute clarity of glyph is required. With all the resiliency and redundancy, I have engineered for my password manager backups, there are still some of secrets I want to keep printed and stored in bank safe. If the need to retype long character sequences ever arises, I will not struggle even if I need magnifying glass in 20 years.

OCR-A is a font that arose in the early days of computer optical character recognition when there was a need for a font that could be recognized not only by the computers of that day, but also by humans. OCR-A uses simple, thick strokes to form recognizable characters.

OCR-B is a monospace font developed in 1968 by Adrian Frutiger by following the European Computer Manufacturer's Association standard. Its function was to facilitate the optical character recognition operations by specific electronic devices, originally for financial and bank-oriented uses. It was accepted as the world standard in 1973. It includes all ASCII symbols, and other symbols needed in the bank environment. It is widely used for the human readable digits in UPC/EAN barcodes. It is also used for machine-readable passports. It shares that purpose with OCR-A, but it is easier for the human eye and brain to read and it has a less technical look than OCR-A.

I highly recommend to have the above two fonts installed. If nothing else, having your terminal looks a bit eccentric is worth it.